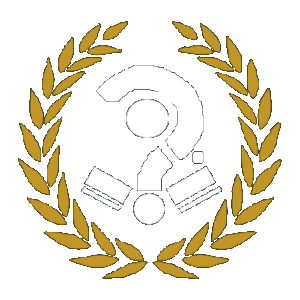 Quality. All of our products are quality and used everyday by our members from the mountains of Maine to the shores of Panay. Our entire selection has been personally chosen and manufactured by real individuals for their utility, durability and style.

That Winged Mark that is borne on our merchandise is not only a clan logo, but a sign of trust. It is a sacred symbol in our community that is only placed upon that which is worthy and we guarantee you that trust in all the innovative and or excellent products in our repertoire.

Not only that, but all production is traced and monitored to comply with modern ethical and environmental standards. We mainly use alternatives such as small companies and or reputable sources, removing any guilt from the consumer. If any product gets removed or discontinued, know that such an item has no longer met those standards and or have been discovered to obfuscate their methods.

I risked life and limb for the Clan in all her wars and all I got was this lousy T-Shirt.

We are fomenting a world fire! Banks and Prisons we will raze to the ground! From the Pacific to the Atlantic Seas, the [?] Clan is the Strongest!

Yorty
the Bringer of Pain 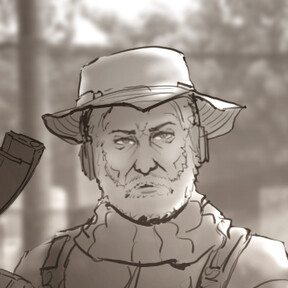 We are a group of online gamers that came together in Counter-Strike sometime in December of 2007. Wanting to be different from all the competitive groups at the time and not exactly knowing what we were, we adopted the Question Mark as our clan tag, and styling ourselves as the Unknown [?] Clan.

In a couple of years, the clan began to grow and attract an open-minded and ambitious membership who did not want to simply stick by conventional methods - preferring instead to shape and apply to the world around them their own ideas. This eccentricity has fostered a culture of creative individuals whose think-outside-the-box approach to life and games in general has turned the group into something more, even opening its own financial institute known as the Bank of the Unknown [?] Clan on the 29th of April, 2017.

The clan became more than just a community, it became a lifestyle for some. As its members grew up, they all began to offer their expertise and knowledge more and more for a mutually beneficial relationship. We live in an increasingly globalized world, and amid the fearful news, there is still hope for global peace, prosperity and cooperation.

We hope that our members, from Asia, Europe, Africa, the Americas and Oceania will become the living symbol of a better future of international cooperation and harmony.

Located somewhere in the middle of a North African Desert, the elusive [?] Clan Lair has remained a closely guarded secret. Rumors say, the only way to access the hideout is through the incredibly cheap and infamous Boom Chopper.